How to Make a Low Country Boil While RV Traveling

The Best Bikes for RV Travel

One of the most enjoyable aspects of South Carolina’s Low Country is its rich culinary heritage. Seafood is at the heart of much of the area’s cooking, with the Low Country Boil probably ranking as the most famous regional dish.

A Low Country Boil is a simple, throw-it-in-a-pot meal filled with local shrimp, smoked sausage, potatoes, and corn on the cob. The meal is typically served outdoors on newspaper-covered tables, making cleanup simple.

History of the Low Country Boil

The history of the seafood boil extends back to the Gullah people who held onto their cultural and culinary traditions while enslaved on plantations. To serve many mouths, they cooked large one-pot meals using local seafood and other available ingredients.

A version was popularized in the 1960s when Robert Gay of Gay Seafood on St. Helena Island was tasked with feeding 100 National Guardsmen. He turned to an old family recipe for a seafood boil which he dubbed “Frogmore Stew” in honor of the island’s Frogmore community established in the 1700s. The dish gained notoriety when it made the cover of Gourmet Magazine in the 1980s.

Most coastal areas have some version of a seafood boil tied to their prevalent local seafood. Visitors to Louisiana will find crawfish; in New England, it’s lobster or clams. In South Carolina, it’s local shrimp.

Basics for Cooking a Low Country Boil in an RV Kitchen

Traditionally, Low Country Boils are made in large batches for big gatherings, prepared outdoors in large propane cookers. Their size calls for conspicuous amounts of ingredients (like 4 to 5 pounds of potatoes) which are not practical for serving a family traveling in an RV. Fortunately, the recipe is simple enough that you can modify it for smaller batches using a slow cooker or indoor stockpot.

If you would like to try a Low Country Boil while traveling, here are three great ways to prepare the dish in the confines of your RV:

You can fix a Low Country Boil in your pressure cooker in about 5 minutes! One of the main concerns is to avoid overcooking so things don’t turn out mushy. This recipe serves 4 and can be prepared in a 6-quart or larger Instant Pot. If using a smaller 3-quart size, cut the recipe in half.

A Low Country Boil is just as easy to make in your slow cooker. While it takes longer, it soaks up more of the flavors along the way. The recipe requires a 6–7-quart crockpot.

With the slow cooker, you add the ingredients in stages. Add potatoes first, because they take the longest to cook. Corn comes next, then the sausage, and finally the seafood. As with the pressure cooker, avoid overcooking. The liquid doesn’t need to completely cover everything, but the pot should be fairly full.

This easy version uses foil packets cooked on your gas or charcoal. The foil makes for zero clean-up when you are done!

Serve this meal on a newspaper-covered table for easy clean-up.

The Best Bikes for RV Travel 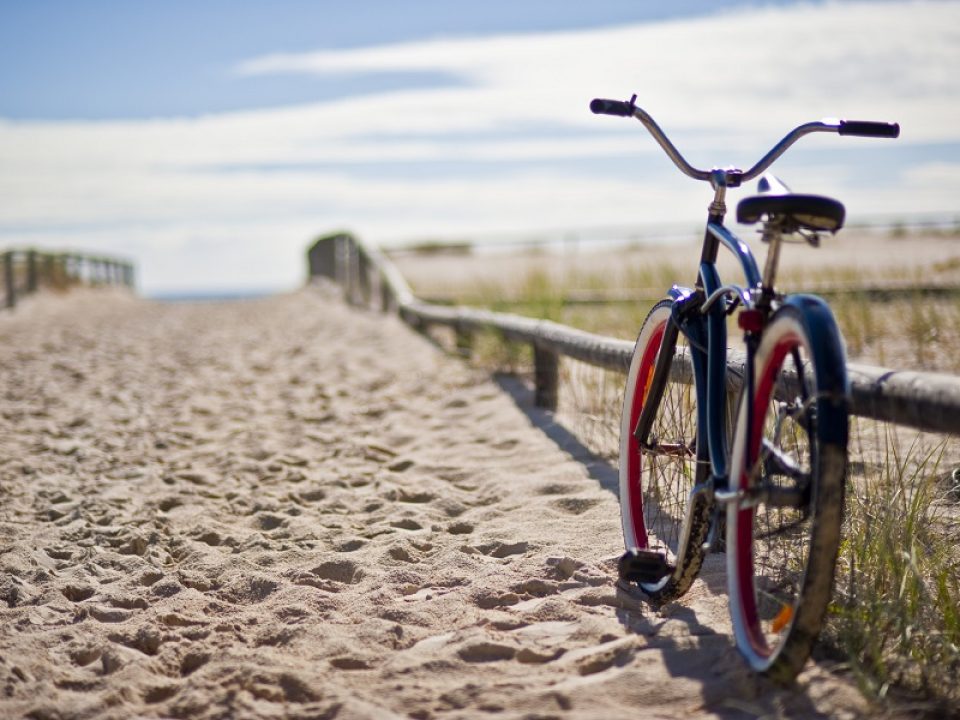 Why RVers Fall in Love with South Carolina